‘Try again, Chris,’ she whispered in my ear. … I tried once more. … I shook, I sweated and strained every muscle. …I drew it – the letter ‘A’. That one letter … was my road to a new world, my key to mental freedom.

Taken from My Left Foot by Christy Brown Vintage: London (1990)

These are students who are exceptionally able but also present with an additional disability such as an autistic spectrum disorder (ASD) or an emotional disturbance, a hearing, speech or visual impairment, physical disability or a specific learning disability. These students defy the notion of 'global giftedness', a phrase that denotes ability or talent in all academic areas. Students who are both exceptionally able and have a learning disability exhibit remarkable talents and strengths in one area, while also exhibiting the characteristics associated with the additional disability. These students are often under-identified in the exceptionally able population. Some characteristics to look for when attempting to identify these students are as follows: evidence of an outstanding talent or ability; a discrepancy between expected and actual achievement; and evidence of a processing deficit (e.g. students with visual or auditory processing deficits may underachieve in basic academic areas because of underlying difficulties that the brain has in processing and making sense of some types of visual and/or auditory information that it receives). 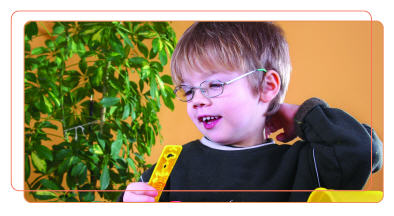 There are at least three subgroups of students whose dual exceptionality may remain unrecognised in school: