I realize that I can do things and I can do them very well. Some things I can’t do ... but I will have to live with that. At 16, I believe, I’ve learned more than many people will learn in their whole lives.

Taken from ‘It’s OK to be different’, by Angie Erickson,
(student with Cerebral Palsy) Newsweek 24 October 1994 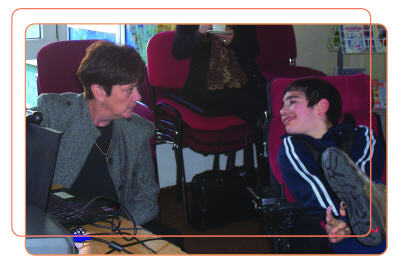 Cerebral palsy is a term used to refer to a group of complicated conditions that affect movement and posture because of damage to or failure in the development of the part of the brain that controls movement. This happens before birth, during birth or during early childhood before the brain’s growth has reached a certain level of maturity. The condition itself does not normally change but individuals with cerebral palsy can become increasingly better at managing their difficulties as they get older. Generally speaking cerebral palsy is characterised by involuntary jerking movements, a poor sense of balance, spastic muscles and speech impairment. Many forms of cerebral palsy are now recognised and it is described either:

(a) in terms of the part of the body affected:

Or
(b) in terms of how the body is affected: